It all started with a good meal and a bottle of wine. I somewhat had this crazy idea to make crème brûlée, which is dessert I love but have never made before. I took it as a challenge, went out for buying cream, and made crème brûlée while drinking some more wine. It was very easy and the preperation time was only 6 minutes (I timed it to see if I could beat the 20 min indicated in the Larousse de la cuisine). But what to do during the 30 minutes the custard had to cook in the oven? And what to do with those leftover egg whites? Macarons! Another dessert I never made before, and that I have never tasted nor seen with my own eyes. Sounded like a challenge, so I joined forces with my boyfriend and we tackled this delicate task. The result? 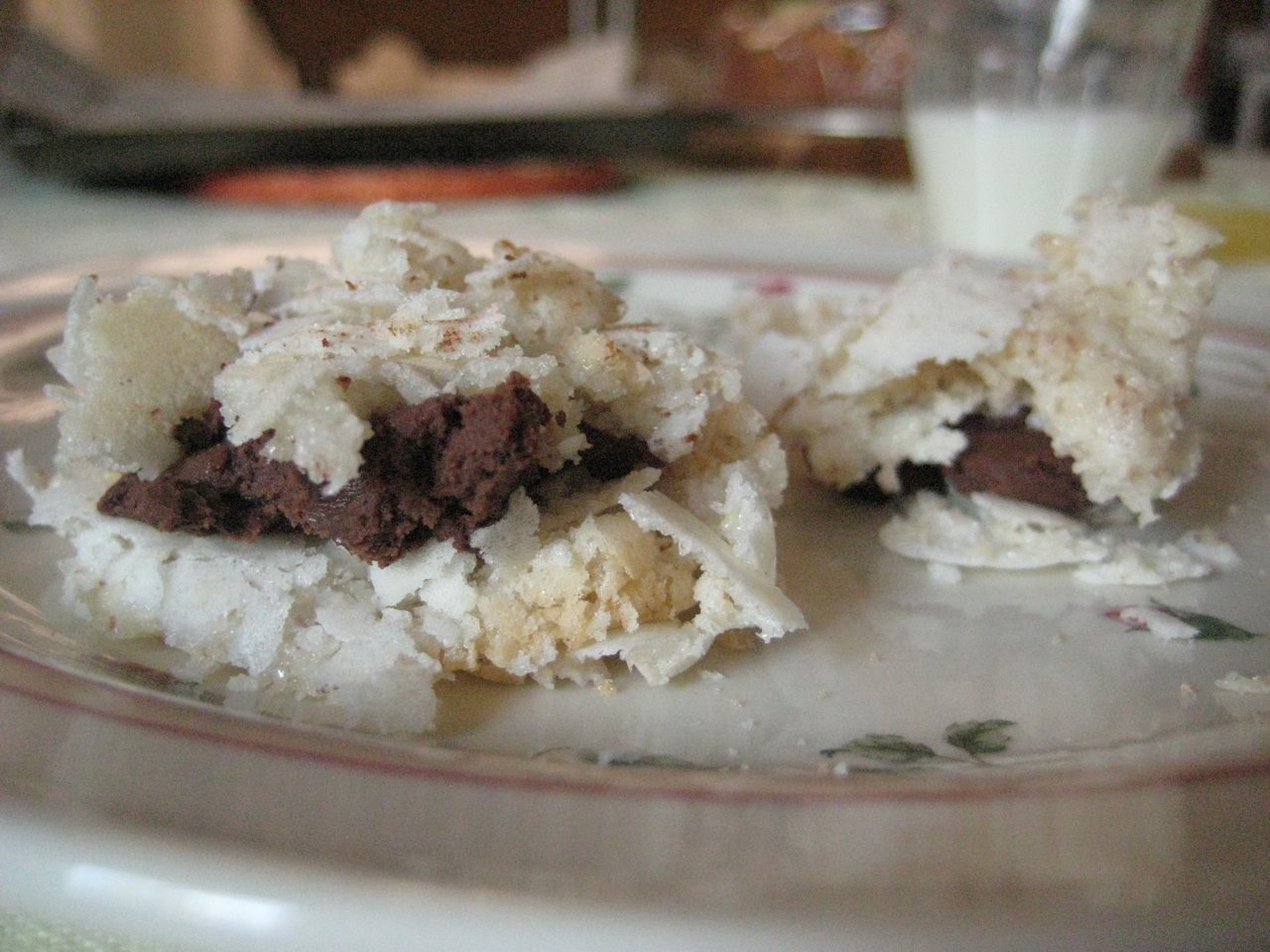 The macaron disaster! The message : don’t drink and make dessert. On second though, go ahead. These were very good, they are just not picture perfect. I think it’s more a question of inexperience and less than optimal conditions (the egg whites were not aged 48 hours) that caused the problem. I think the macarons were undercooked, so they were a bit sticky and crumbled easily. 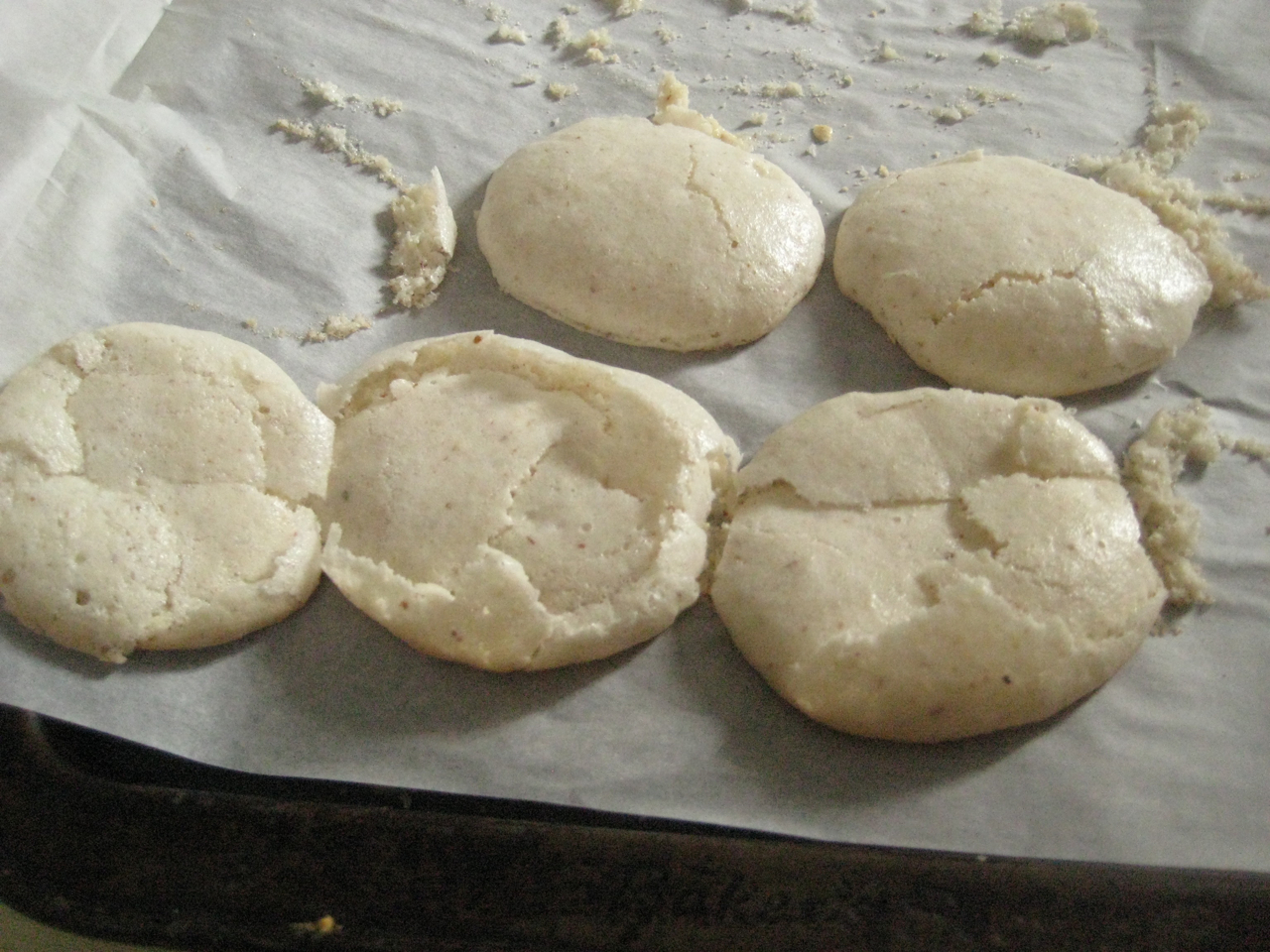 But we managed to save a couple of nice macarons for a picture : 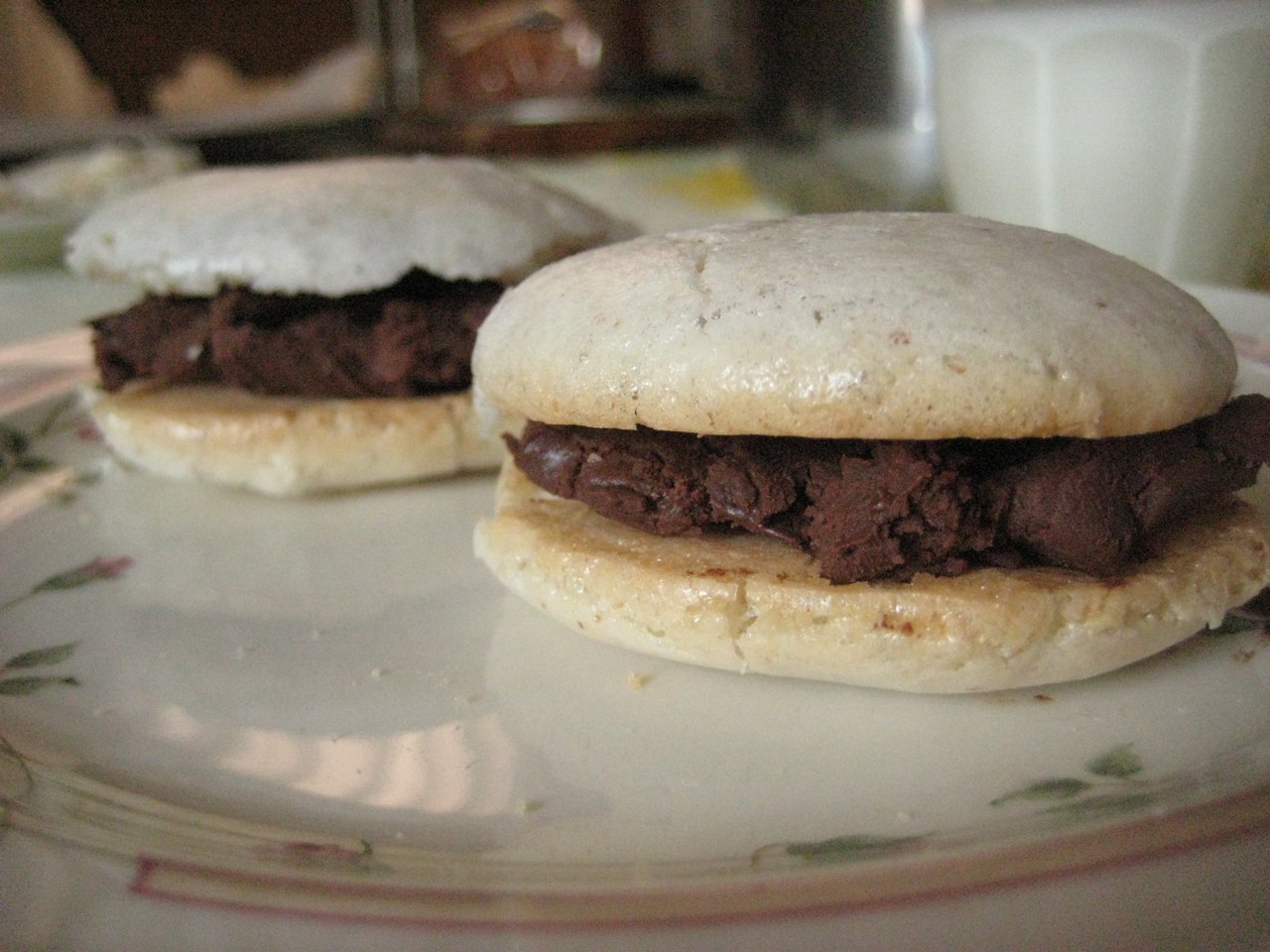 I used the recipes described at Serious Eats for the macaron batter and the ganache. Try it too! It’s fun!